This course is designed primarily – but not exclusively – for those with an existing PPL(Gyroplanes),who after flying for a number of hours,post General Flying Test,now wish to extend their Gyroplane flying and increase both their skill and confidence levels.

It’s probably a good time to review one’s flying,to ensure that no bad habits have crept on over the hours since gaining their licence,leading to short-cuts and possible over-confidence – and a great opportunity to polish basic gyroplane operating skills already learned.

For those trained and more used to flying from long hard runways,this is a chance to open up the possibility of flying their gyroplane from a field nearer to their home and even establishing their own grass strip – with all the fun,flexibility,convenience and economy that brings.

is required,in order both to teach in the air,flying in command from the rear seat and also how to

teach in the classroom.

Typically,the Course will include some or all of the following; 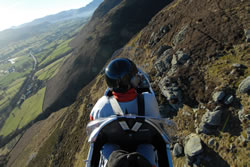 The course is based at our own private strip at Berrier,though we will be using other airstrips in Cumbria,as well as fields and semi-prepared strips nearer to home.We also have a forest track available,most days,for touch and go’s.

We have access to over a thousand acres of land near to Berrier for both field and strip landing practise.

There will be hangarage available for those who with to use their own aircraft otherwise you will be flying either our MT03 or Magni.

This is a great opportunity to take advantage of Roger’s considerable flying experience,having more than 8.000 hours flying time,with the best part of 6.000 of that, flying a huge variety of autogyros.He’s been flying these fantastic machines for more years than he cares to remember…. 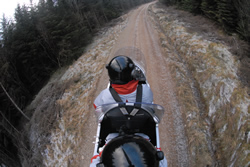 He’s also a helicopter and Aeroplane and Glider pilot and a former helicopter instructor – and a previous winner of the Precision Flying section of the British Open Helicopter Championships..

Berrier is on the edge of Lake District National Park and is therefore in an incredibly beautiful area with very dramatic landscape – however it is surprisingly easily and readily accessible from the M6 Motorway,being less than ten minutes drive from Junction 40 at Penrith,along the A66 toward Keswick.