Roger has been flying Gyrocopters or Gyroplanes as they are also called for more than 35 years,from very early and very basic gyrocopters right up to modern-day state of the art machines. He is one of the most experienced Gyrocopter pilots/instructors in Europe. Roger operates both the Rotorsport MT03 and the Italian-made Magni M16c. Both are open-cockpit and fitted with dual controls,so everyone gets the opportunity of‘having a go’ during their Gyrocopter experience flight.

Roger runs Lake District Gyrocopters and flight school from his beautiful airstrip at Berrier. Berrier is located inside the Lake District National Park,just a short drive from both Keswick and Ullswater – so when we take off from Berrier,we are just minutes away from the Lakes , mountains and valleys of this most beautiful part of Britain. 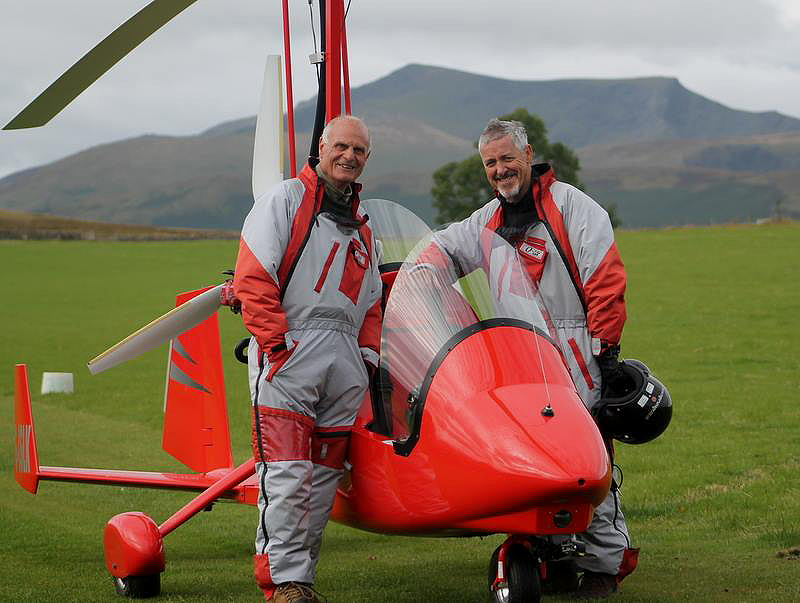